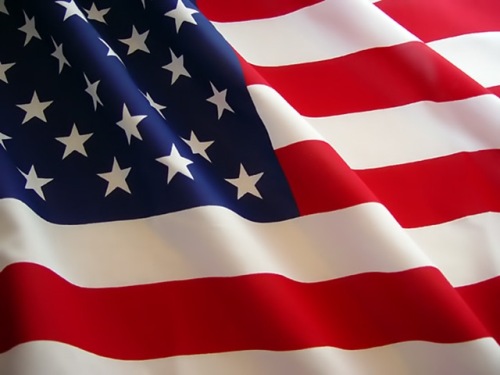 As the November 6th election date draws near, you may wish to look more closely at the articles written by serious investigative journalists. Below are some sources of election information beyond the usual suspects of Fox, NBC etc., which are in the business of entertainment rather than serious journalism.

The Supreme Court and Elections: Into the Political Thicket

From the Publisher: Voting is simple in the United States, right? The process of voting (organizing, running and tabulating the results of a popular election) is, in fact, a highly contested act whose forms, meanings, and practical boundaries are open to widely differing interpretations. From questions of who can vote to the tricky problem of accurately counting the votes, popular democracy is still a work in progress in the United States. Add in the complexities of politics and the picture becomes even more complicated. Taking a chronological approach to the topic, The Supreme Court and Elections explores the ways that the Court has struggled with these questions. From the earliest days of the Union when the Supreme Court refused to address the topic, to the early struggles with the Fourteenth Amendment’s impact on the question of who can vote, to the rise and fall of race-based disenfranchisement, to our recent issues of proper districting, campaign finance reform and the struggle to find a workable voting technology, the essay and documents in this reference illuminate the multifaceted nature of voting and election laws. At the same time, this title provides in-depth analysis of the impact of the Court in shaping this ongoing history.

Notes from the Cracked Ceiling: Hillary Clinton, Sarah Palin, and What it will Take for a Woman to Win

From the Publisher: In a probing analysis sure to ignite controversy, acclaimed White House correspondent Anne Kornblut argues that the optimists are blind to formidable obstacles that still stand in the way of any woman who aims for America’s highest political offices. And she makes clear exactly which strategies and common assumptions will need to change if a woman intends to break through the “highest, hardest glass ceiling” of all. Delving deep inside the Clinton and Palin campaigns, Kornblut reveals: the strategists’ mishandling of their candidates as women by failing to strike the right balance between femininity and toughness; Clinton’s weathering of a series of stinging genderbased attacks, until accusations of “pimping out” her daughter, Chelsea, finally brought her to tears; that Barack Obama was celebrated for his “historic”win in Iowa, even though it was not the first time an African American had won a caucus, but few noticed when Clinton became the first woman to win a primary in New Hampshire; that Palin was chosen solely by men, none of whom had experience in running women for office […]. Kornblut identifies the surprising realities of gender politics, such as the harsh treatment female candidates often receive from women voters, the gap between the United States and other countries when it comes to the electability of women, the “mommy penalty” that handicaps women candidates with young children, and the special appeal that women with law enforcement backgrounds have with voters.

The Battle over Bilingual Ballots: The Language Minorities and Political Access under the Voting Rights Act

From the Publisher: In recent years, few federal requirements have been as controversial as the mandate for what critics call ‘bilingual ballots’. The Voting Rights Act of 1965 included a permanent requirement for language assistance for Puerto Rican voters educated in Spanish and ten years later Congress banned English-only elections in certain covered jurisdictions, expanding the support to include Alaska Natives, American Indians, Asian-language voters and Spanish-language voters. Some commentators have condemned the language assistance provisions, underlying many of their attacks with anti-immigrant rhetoric. Although the provisions have been in effect for over three decades, until now no comprehensive study of them has been published. This book describes the evolution of the provisions, examining the evidence of educational and voting discrimination against language minorities covered by the Act. Additional chapters discuss the debate over the 2006 amendments to the Voting Rights Act, analysis of objections raised by opponents of bilingual ballots and some of the most controversial components of these requirements, including their constitutionality, cost and effectiveness. Featuring revealing case studies as well as analysis of key data, this volume makes a persuasive and much-needed case for bilingual ballots, presenting a thorough investigation of this significant and understudied area of election law and American political life.

The Right to Vote: The Contested History of Democracy in the United States

From the Publisher: Originally published in 2000, The Right to Vote was widely hailed as a magisterial account of the evolution of suffrage from the American Revolution to the end of the twentieth century. In this revised and updated edition, Keyssar carries the story forward, from the disputed presidential contest of 2000 through the 2008 campaign and the election of Barack Obama. The Right to Vote is a sweeping reinterpretation of American political history as well as a meditation on the meaning of democracy in contemporary American life.

From the Publisher: First Presidential Messages is a unique historical collection of presentations made upon becoming the nation’s chief executive. This compilation presents not only the traditional inaugural addresses but also the little-known remarks given by Vice Presidents when assuming the higher office. As the nation marks the two hundred twentieth anniversary of the U.S. Presidency, it is inspiring and enlightening to read the comments of each President, from George Washington in 1789 to Barack Obama in 2009. While First Presidential Messages reveals a uniformity of focus on the Founders vision of self-government, some presidential speeches are so artfully crafted that they rank among the world s greatest; especially Lincoln s second inaugural, FDR s first inaugural, Eisenhower s first inaugural, and Kennedy s inaugural. More than historical curiosities, these presidential speeches transcend time and present a continued call for national unity, an appeal to surpass the leadership of the past and a challenge to actively and creatively work through the issues of the day so as to safeguard civil liberties and leave the nation, and the world, a better place. This 368 page hardbound volume is both a general research tool and a citizen s companion that will provide the reader with a sense of pride in the genius of our Founding Fathers and the political system they created to protect the values of the American Revolution.